I'll be back home 12/26 and will explain the republican primary race, who is most likely to crash in Ag in 2016, and the meaning of life.

Stay with me here. My compadres on AgriTalk are no strangers to climate change denial. In fact, Chip recently invoked a classic counterpoint: natural causes.  Luckily there has been enough research done to put that to bed. 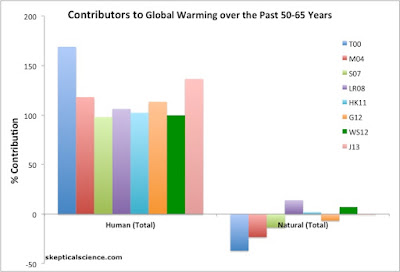 
Mostly I just avoid the issue for now. But regardless where producers are, Sen. Grassley made a curious statement that I think could change a lot of farmer minds overnight.


Grassley said the Resource Conservation Act, requiring some conservation practices with government programs, has led to reduced soil erosion and loss of nutrients with it."That's one example where the law works. But where a law isn't going to work: Do people think government can do anything when it's going to rain 10 inches?"It's not the fault of the farmer. God determines if it's going to rain 10 inches. It's a little like EPA wanting to establish a rule over fugitive dust," an abandoned proposal that would have required farmers to limit how much dust they create. "Do you realize that only God determines when the wind blows? And when soybeans are 13 percent (moisture), you have to combine. And when you combine, you're going to have dust."You can't have some silly regulation out of Washington, telling you what to do and what not to do," Grassley said. [More]

It's only a small step from here to blaming nutrient runoff on climate change. In the process, I think a lot of farmers would like to finally get past the uncomfortable anti-science position that currently passes for ag dogma on climate change. If we can dodge responsibility for where our fertilizer and manure end up, then a) we can argue we shouldn't have to stop doing what we want, and b) if we do, somebody else (like, say taxpayers) should pay us to do so.

Since it's not our fault.

Which we would have always believed in, but it just wasn't explained to us right.

I going to try to fire Incoming up again. Maybe I just needed a rest, but it is also my research file so I can find stuff I've pondered. No promises, but also please follow me on Twitter (@jwphipps) for quick links to stuff.

Thanks for all the support.
Posted by John Phipps at 8:33 AM 2 comments:

Email ThisBlogThis!Share to TwitterShare to FacebookShare to Pinterest
TransparenSeed 2016 (revised)...

Although I was not encouraged by the response to the original idea, I've had lots of bad ideas before, and was not particularly surprised. But over the last few weeks I'm hearing all kinds of rumors about deep discounts in seed prices: Becks in IA, for example. And then Jim burbled about deep discounts from clients at his meetings (FFA 12/18)*.

So here's the deal.  I'm going to try it again. If you send me info about your seed prices - just the numbers, I'll take your word - you will receive NOT ONLY periodic updates as new info comes in BUT ALSO my coveted Christmas 2015 Newsletter (suitable for framing). [Your email address will not be sold or leave my gentle care].

To get more accuracy for comparison, please use the following format:

Frankly put, unless there is some transparency in this market, it will become as non-functional as medicine.  And unless we are willing as consumers to do something other than what we've done before, we deserve it.

*BTW, if you're not listening to the Free-For-All on Agritalk, give it a try. Three right-wing, but thoughtful gentlemen and I discuss current events. To be fair, I participate with one hand tied behind my back. You can also listen via FarmRadio as a podcast.
Posted by John Phipps at 8:13 AM 2 comments: