While most American farmers are debating climate change, neighbors to the north are trying to cash in. Here is where there are now enough GDU's to grow corn. 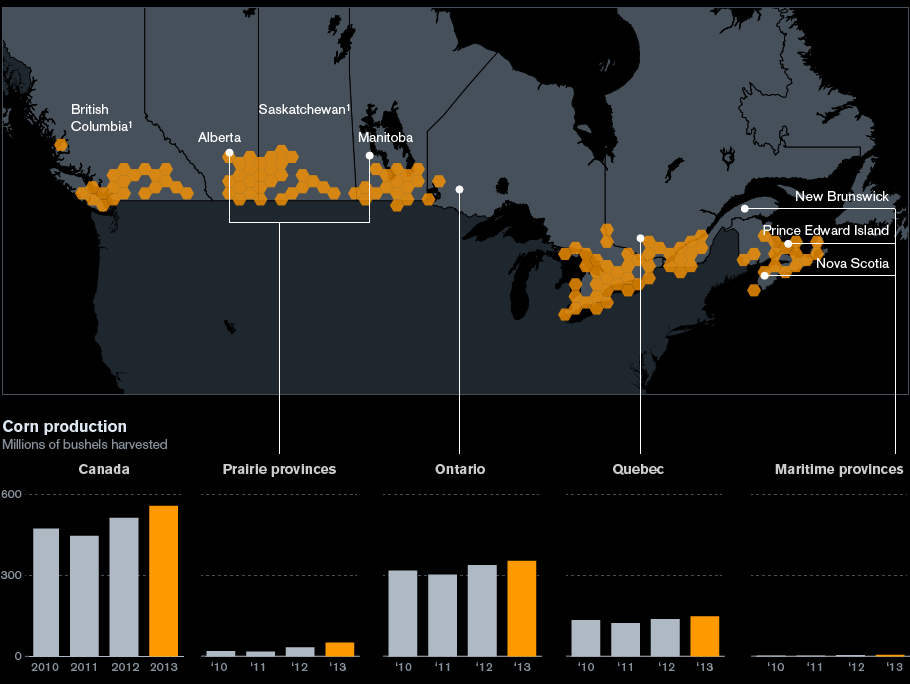 
Growing seasons on the Canadian prairie have lengthened about two weeks in the past half-century. The mean annual temperature is likely to climb by as much as 3 degrees Celsius (5 degrees Fahrenheit) in the region by 2050, according to Canadian researchers.In Canada, that means amber waves of wheat are giving way to green fields of corn. Farmers sowed a record 405,000 acres of corn in Manitoba, Saskatchewan and Alberta last year, double the amount two years earlier and almost eight times what it was 20 years ago. That compares with an estimated 95.4 million acres sown in the U.S. last year. [More]

One key is crop insurance, which as we all know now determines how we will farm. And insurers are on board.

Improvements to the Crop Insurance Program for 2014 include a pilot program to provide yield-loss coverage for corn in the east central and southeast areas of the province.  In addition, the establishment benefit feature has also been expanded to include coverage for corn of $65 per acre. [More]

In the words of economist Kevin Costner, "If you cover it, they will plant." - or something like that.

All over the world, businesses large and small are spending billions to mitigate (more likely) profit from global warming and other climate changes. Watching these unfold is probably more useful than trying to sway public opinion to the latest IPCC conclusions. 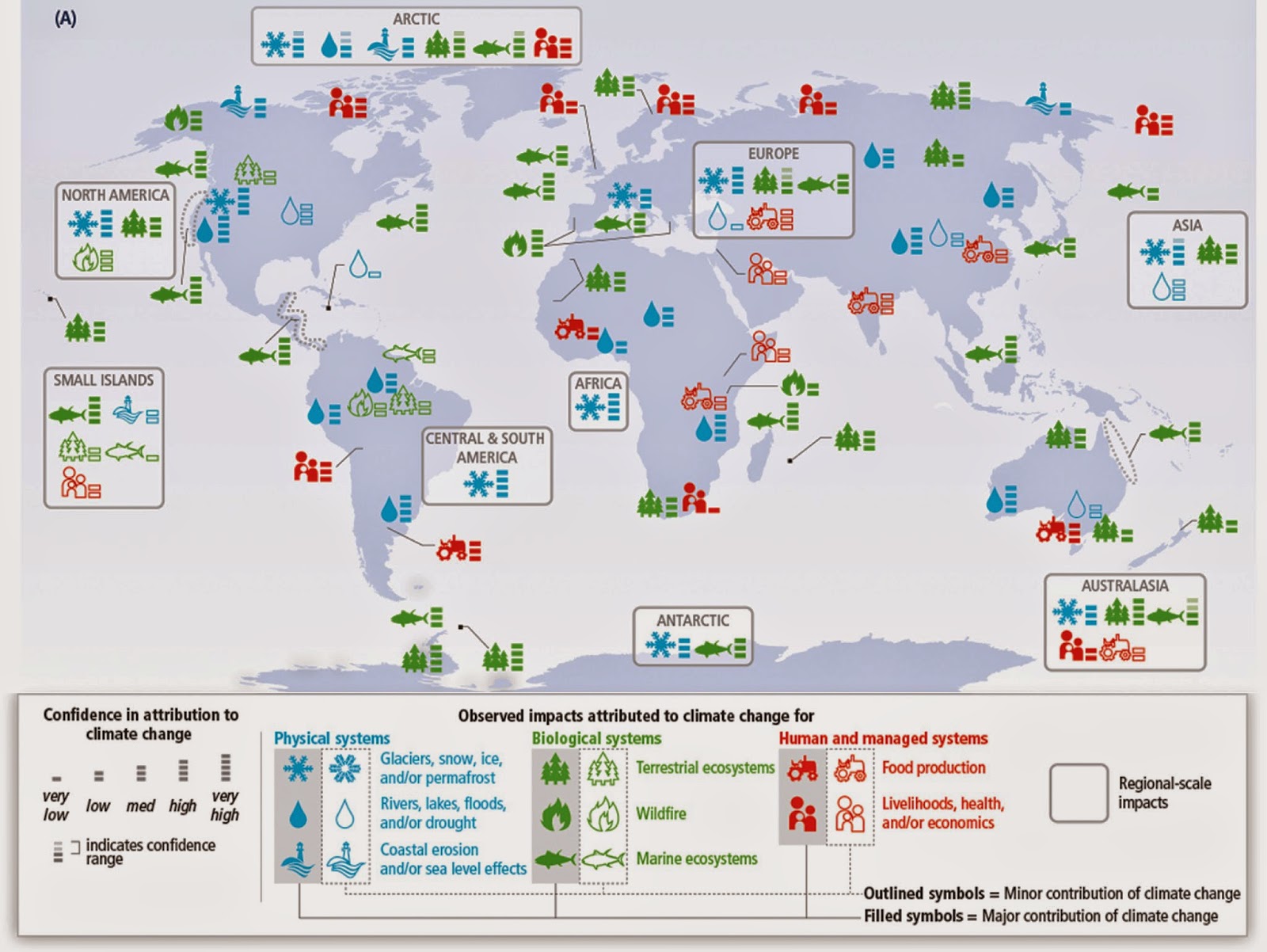 As minimal as it is for North America (except the West), it's pretty bad news for India,China, Africa, and Australia. So we're talking ~7 billion folks with very probable food supply issues in the future.
Posted by John Phipps at 11:56 AM

The Canadians appear to be using the same infamous logic that the prairie farmers did at the beginning of the dust bowl-all profit is positive (insurance). Additional acreage makes up for a lot of price reduction whatever the eventual consequences. Too big to fail?