Some forward-thinking minds in animal agriculture are figuring out there is gold in higher welfare systems for protein production. Higher welfare eliminates stresses of various kinds that in turn can allow few or no antibiotics to be fed. 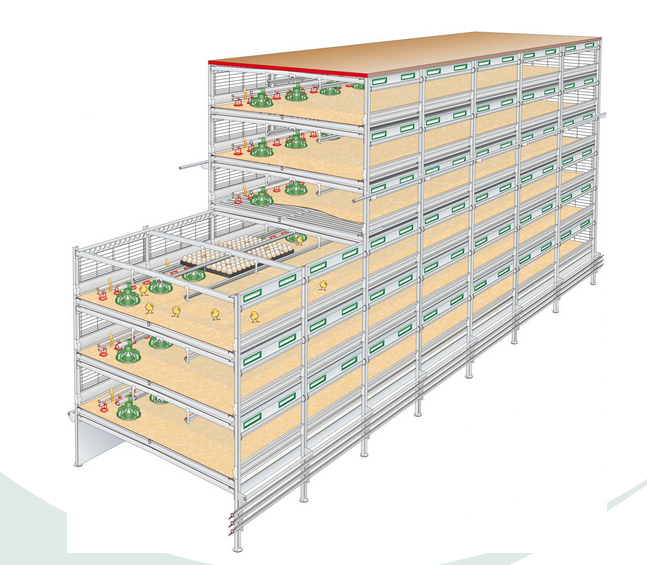 The Dutch company started its patio system experiment to solve a persistent problem in chicken-raising: How to keep just-hatched broiler chicks healthy. A meat chicken’s life breaks down like this: 18 days incubating in the shell; three days to hatch; and 42 to 47 days growing to marketable size. Incubating and emerging take place at a hatchery, and growing takes place at a farm—and the transport between the two puts so much stress on the new chicks that a certain percentage either die or become permanently frail. Giving antibiotics, especially during the chicks’ first week, solves that problem, but the Netherlands and EU bans make that impossible now.Vencomatic’s innovation was to hatch the birds where they will be raised. The company’s first step was building a rack that positions ready-to-hatch eggs above the barn floor. When the chicks pop out, they tumble off the rack into their growing area and can eat and drink immediately. That might seem unremarkable, but it is actually rare. Broiler chicks aren’t fed at a hatchery; they don’t eat until they reach the farm where they will grow to chickenhood. The trip is supposed to happen soon after they emerge — but since chicks are hatched in large batches and don’t all emerge at the same moment, some can wait two days for their first meal.“That’s 5 percent of a chick’s life,” Vingerling points out. “The industry has always said that chicks recover from that, but it turns out not to be true.”
Changing when the chicks eat strengthens the birds’ immune systems, so fewer die or fail to thrive. Armed with that discovery, the company re-engineered what a “barn” represents. They created ventilation systems to suck out fumes and exchangers that scavenge heat, to save energy costs while keeping barns at a uniform temperature. The most radical step was housing the birds in the shelf-like stacked units. It keeps them at eye level for easy inspection (a structure like a library ladder slides along the outside) and permits a substrate of plastic under the bedding, which is more sanitary than the dirt or concrete of traditional barns. The attention to welfare extends to the end of the birds’ life. Traditionally, chickens going to slaughter are grabbed by the legs by “catchers” who walk through the barns. In the Vencomatic system, the plastic under the birds’ feet rolls slowly forward on a conveyor belt, dumping the litter and sliding the birds into crates untouched. [More]

Watch it in action. I like the part where the chicks take headers off the egg tray.


With beef consumption plummeting here, and chicken becoming what's for dinner, these expensive solution could become more mainline than many expect. All it would take is a McDonald's or Walmart to endorse them, I would guess. 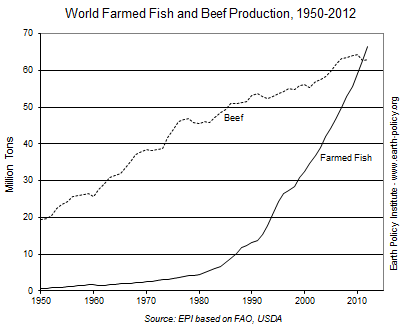 I wonder what is going to happen to our beef industry. With the drought,  and crop insurance reducing pasturage, does it really matter how cheap corn gets for herd rebuilding?

Having performance standards imposed upon your business by customers is less irritating than by government, but the results look much the same.

No - on reflection, I think market-driven criteria are much more likely to be met.

Email ThisBlogThis!Share to TwitterShare to FacebookShare to Pinterest
Labels: livestock