They've got their work cut out with okra...

Scientists are using genetic information to change the shapes of vegetables. OK, this isn't at the top of the world's problems, but it does raise some interesting hopes for the future of salads everywhere. 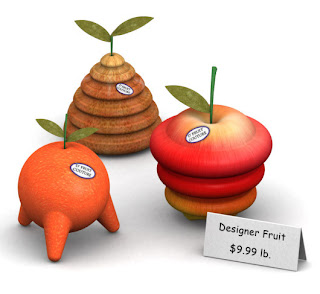 Crop scientists have cloned a gene that controls the shape of tomatoes, a discovery that could help unravel the mystery behind the huge morphological differences among edible fruits and vegetables, as well as provide new insight into mechanisms of plant development.

The gene, dubbed SUN, is only the second ever found to play a significant role in the elongated shape of various tomato varieties, said Esther van der Knaap, lead researcher in the study and assistant professor of horticulture and crop science at Ohio State University's Ohio Agricultural Research and Development Center (OARDC) in Wooster. [More]

Along the road to important biotechnology discoveries will be curiosities such as this. Ten years later a billion-dollar industry puts it to work. Laugh now, marvel later.

See agriculturelook.wordpress.com and then click on these words if you are using Yahoo.

Please contact me via my email shown on the blog. I have some questions about your blog, and there was no contact info.