High on the Middle Ages...

The last section was the High Middle Ages - roughly 1100-1300. It was outstanding. I cannot recommend it enough to fill 30 minutes at a whack with great teaching.

I have done a couple other courses by the same compnay, and they were OK, but not in the same league.

Until now. I just started "The Vikings" by Kenneth Harl. This guy is a match for Phil, I tell ya. 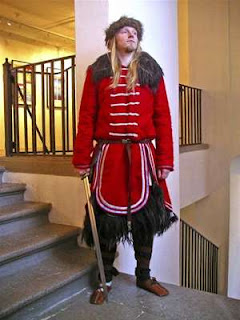 Regardless of their fashion taste, their history is fascinating and Harl delivers it with intensity and humor. Among other things I've learned:
If you or a friend has a commute or is taking a car trip, these are perfect.