And well in many places, it seems.


near the start of up (pixar's latest gold-plated effort) we come to learn that carl fredricksen's house, or the land beneath it more specifically, is in demand by hungry developers due to its location amongst a sea of half-built, multistorey building projects, a fact that seems to make him all the more reluctant to let go of the nest he made with his late wife regardless of the offer slapped on the table. the result, until the house floats away at least, is the depressing but somehow uplifting landscape in the picture above.

watching the film reminded me of a few very similar (but non-rendered) stubborn homeowner situations i've read about over the past couple of years, the rememberance of which resulted in me researching a fascinating and surprisingly common property (especially in china) i now know to be called a 'nail house'; so called as 'they stick out like nails in an otherwise modernized environment' and are hard to remove...  [More] 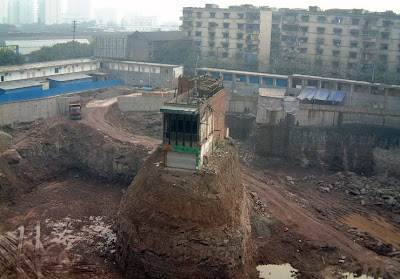 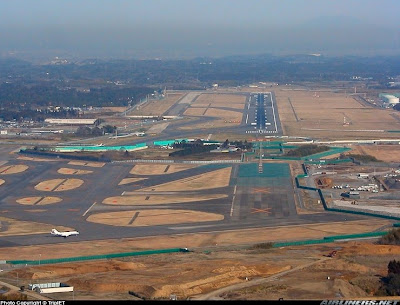 Funny you should bring up this subject. I really wonder about property rights in US agriculture in regards to biotechnology. Today I read an article by Thomas Friedman in reference to middle east politics and in it he said: "Because once kings and dictators seize power, they can entrench themselves, not only by imprisoning their foes and killing their enemies, but by buying off their people and using oil wealth to build huge internal security apparatuses." Kind of reminds you of a certain ag biotech company headquartered in Missouri, doesn't it. Entrenched power that denies rights including open markets is always wrong and because it is wrong it seems that it must be defended by intimidation and brute force.