Finally, researchers have brought GPS to morality.  Behold, the Seven Deadly Sins all mapped out for easy locating. 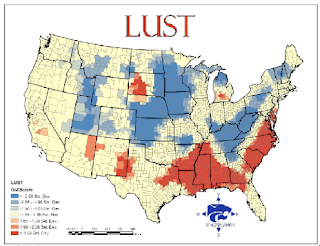 
(Save this for your vacation planning.)


How to best see where naughtiness resides:
[via neatorama]
Posted by John Phipps at 10:51 AM