First, a Saturn V launch in super-slo-mo.  Remember, all this takes place in about 30 seconds.

Next, how Star Trek predicted more than just what cell phones would look like.

Now read about what is happening like this in the real world:

Sergeant Kris Gilbert of the Polk County, Florida, narcotics squad is teaching his officers to use a new device that’s going to make their job a lot easier. It looks like a vintage cell phone and weighs about 13 ounces. Held against a bag of white powder, it emits a beam of laser light that—in 20 seconds—can tell the officers at a crime scene whether the bag contains crack cocaine, methamphetamine, or baby powder. The device is programmed to recognize 100 narcotics. “Once the courts accept this new evidence,” says Gilbert, “it could replace the chemical kits we currently use to test drugs in our labs.”
What has brought this Star Trek wonder scanner to life is Raman spectroscopy: a quick, easy, and non-invasive tool that tells users in seconds what something really is at the molecular level. Recent improvements in technology have shrunk the once expensive, unwieldy tabletop device into an array of smaller, more commercially viable Raman scanners, such as the handheld drug detector by DeltaNu, which costs $15,000 and is being tested by police departments in several states. About 1,000 portable devices that identify hazardous materials are also in use. Within 10 years, DeltaNu expects its handheld devices to be in every police squad car in the country, as ubiquitous as the breathalyzer.
Raman devices work by shooting a laser beam at an object. The laser light interacts with the object’s electrons, making the atoms vibrate and shifting the energy of the laser photons up or down. The shift creates a visual pattern—the Raman effect, named after C. V. Raman, the Indian scientist who discovered it in the 1920s. Almost every material has its own unique Raman pattern, based on how strongly its atoms are bonded. [More]


Now, the best from the Hubble Telescope in honor of its 20th Anniversary 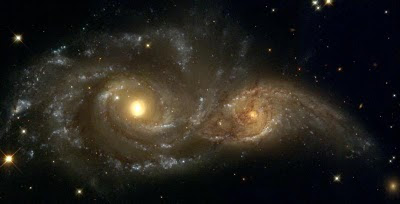 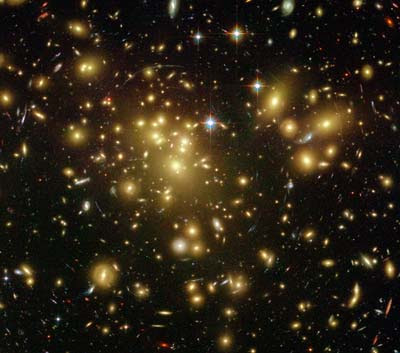 (Note: these are entire galaxies) 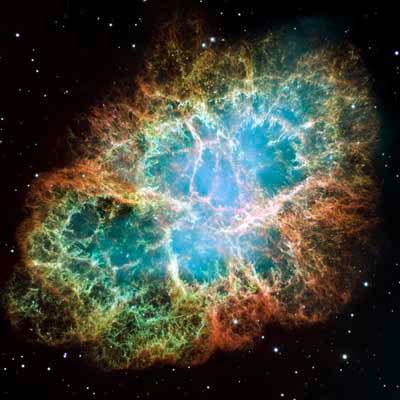 Suggestion: kill a few minutes viewing the entire showcase of spectacular photos.
Posted by John Phipps at 10:36 AM