Some of the sites I monitor have occasional references to international developments in agriculture. In the interest of understanding what may be going on with our counterparts around the world, I'm going to try to feature some stories that give you a taste of farming elsewhere without having to leave the house. 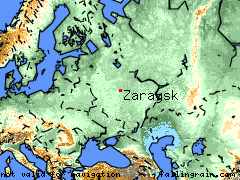 Zaraysk, Russia - Three hours outside Moscow, where snowy weeds bow to the bitter wind, salvation has come. It's not pretty; in fact, it really smells. But for the 27 people who work inside the steamy barns of this new pig farm, life just got a whole lot better. "We worked at a socialist farm before coming here. The labor conditions were zero and the salary was low," says Natalya Kuskova, a team leader who now gets five weeks of vacation to spend with her daughter. "Our farm is so wonderful; they pay for lunch … and the attitude toward us is very good; it inspires you to work." The operation, valued at $29 million, was funded by a Spanish outfit and is expected to pay off that investment in six to seven years. It is part of a boom in agriculture across Russia, where land is 20 times cheaper than in Europe, and a two-year-old government initiative offers virtually interest-free credit to investors. One of five "national projects" implemented under President Vladimir Putin, the agriculture push is aimed at increasing production and reviving the countryside. [More]

It is important not to make generalizations from singular stories like this, but by the time we get good data on trends in distant economies, we can have a full-blown market disrupter like Brazil and eveybody is asking "Where did they come from?"

The important fact for me in this article is the Spanish ownership/investment. It fits with what I have heard in Denmark as farmers there (especially young farmers) decamp to eastern Europe, etc. in search of a chance to own some land and farm. Kinda like the handful of Americans in Brazil.

For a profession that used to stay put, farmers seem remarkably mobile today.
Posted by John Phipps at 6:53 AM