Every time: going off the grid by using fuel cell technology. 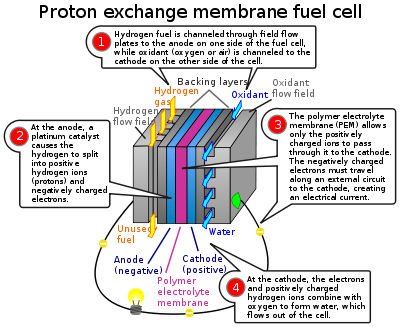 Such technology might sound far-fetched, but the basic patent behind Sridhar’s cells, which he calls “Bloom boxes,” dates to 1899. Fuel cells—which facilitate a chemical reaction between oxygen and hydrogen or hydrocarbon fuel without burning anything—have been used aboard NASA vehicles and Navy submarines for years. The biggest challenge in adapting them for commercial use was making the technology reliable and affordable. That’s where Sridhar’s NASA background gave him a breakthrough advantage.
“To send anything to Mars is so expensive, you have to extract the most use possible out of it. Which means you have to change your underlying assumptions about everything,” he explains. “So with [the Bloom boxes], I did the same thing. I looked at each component and, for example, set a price point that it absolutely had to make.”
Nearly eight years and a reported $250 million in venture-capital investment later, Sridhar has a working product that’s been in field trials for the past two years and is about to go on the global market, at a price he says will be competitive with existing energy options. As for results: in an ongoing trial at the University of Tennessee, a five-kilowatt Bloom box (the size of a large coffee table and capable of powering a 5,000-square-foot house) has proved twice as efficient as a traditional gas-burning system and produced 60 percent fewer emissions.


Since the boxes are “fuel agnostic,” customers can run them on existing propane, natural gas, or ethanol sources. But they’ll also run on plant waste, or almost anything else containing hydrogen and carbon. And the eventual “killer app”? Processing wind- or solar-generated electricity with water to create storable oxygen and hydrogen, then reversing the process to generate electricity at night or in low-wind or cloudy conditions. [More]

The dream of having a big ol' propane tank and being able to generate my own power has been a cherished fantasy of mine since they were first put forward as the answer to spacecraft power.

They make more sense than wind farms or at least complement them, and the idea of distributed power generation strikes me as fundamentally brilliant.  The devil, however, is in the details.  And the politics.

John on the fuel cell issue I have a good friend who spent his first career (30+yrs.) with a major power company and he said that technology has been available for quite some time to connect in small "reactors" where your power meter is and it will power a normal 200 amp service,,the problem of course is cost of technology and the "safety concerns" as it seems that everyone wants to sue somebody...used to be stick your leg in corn picker and you where careless or worse--now its mfg. fault,...john I see they are offering legal services on standby now for like $33 a month so you have immediate access to a lawyer--regards-kevin