No guy left behind...

Men are not getting degrees like women.  Especially in Canada. 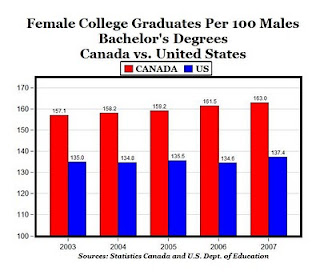 
It would be interesting to see a plot of beer consumption imposed on the data.

Seriously, I think many young men don't take higher education and the college experience all that seriously until they are excluded from the "good job" market.

Email ThisBlogThis!Share to TwitterShare to FacebookShare to Pinterest
Labels: education